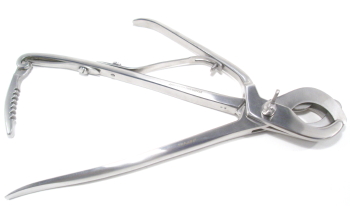 I’ve been given the opportunity to write in a main stream magazine’s web edition about growth attenuation (GA) otherwise known as the Ashley Treatment. I will be doing so and will keep you informed.

While doing some research (to make sure I don’t sound too foolish …) I finally found the answer to the question “Has anyone done this to a male?”

I will point to the news article after I discuss it here. Basically, European parents had their Vietnamese adopted son chemically altered.

From an interview with the adoptive mother:

She said: “If you had an eight-year-old who had cancer, you wouldn’t ask, do we give her chemotherapy? You just do it. Every medical treatment is playing God. It is interfering with nature. This is to do with respecting a human being who needs help.”

Yes, just like cancer. You die from being mentally disabled. And removing cancer is just like stopping puberty to make one easier for caregivers, or stopping natural physical growth. Or like Ashley, removing healthy breasts, healthy uterus, healthy appendix … yep, same thing.

Children like Tom are difficult to carry around, she said because “they are so strong and the muscles are so tense. A child weighing 25kg seems to be the weight of three because of the muscle spasms.”

This is the first (and really only) justification in the interview for why they subjected their adopted son to this. He will be difficult to carry. Heck, why not go all the way and prepare him to be carried by six …

The doctor had never given a disabled boy GA therapy before, although he had used similar treatment on children who had grown unusually tall. He said he would use estrogen to speed up the natural closure of Tom’s growth plates and that, in turn, would stop the child growing.

Many of Tom’s mother’s questions to the doctor went unanswered.

But the endocrinologist assured her it was safe and, when he treated children who were too tall, he never had complications.

Sorry, at this point even Single Dad is speechless.

Her main worry, she said, was that Tom might develop breast buds, a potential side-effect of using estrogen. But the doctor said if that happened, they could operate to remove them.

But, after discussing GA therapy with the doctor she felt that experiencing puberty might be too upsetting. As an infant, for example, Tom always became very agitated when having his hair cut; she worried trimming his beard may cause him similar distress.

Thank goodness, the only reason is not that the kid will be tough to carry. He may not like to shave! Damn, you mean I could have had my testosterone whacked and I wouldn’t need to shave? Why wasn’t I told. Is it too late to trade my shaver in for that device in the photo above?

Tom’s mother was told that the procedure would not normally be undertaken without approval by a hospital ethics committee, but she is unclear as to whether permission has been officially granted.

The procedures are basically over and she does not know if permission was granted? Remember, the hospital that did Ashley’s surgery put out a press release (read it here) that clearly states “Unfortunately we failed to assure we had a court order authorizing us to proceed … which resulted in a violation of the law” concerning a major part of her surgery. Yes, Ashley’s mutilation was illegally done.

She said she was shocked at the level of criticism leveled at Ashley’s family and suspects that it stems from a lack of understanding. “If the people who cried out the loudest in a negative way had any clue what it is to care for a child like Tom, like Ashley, they would not say the horrible things they have accused Ashley’s family of,” she said.

FUCK YOU LADY. I have no clue? UP YOURS. I have two severely disabled children, a young man and a young lady. I am a single care taker of the young lady, and neither kid is mutilated. I have no clue? YOU have no clue what it is like to be the “natural” parent of a disabled kid, and yeah, I know I’ll get shit for saying that, but there is a difference on a gut, visceral level.

Ok, you genteel readers, come back.

“Those people who reacted the most harshly were [self-aware] disabled people. They are aware of their rights. Tom isn’t. Ashley isn’t. Somebody has to make decisions for them and who better to make that decision than the parents who love the child.”

Read that again. This part has me so far past incensed, I cannot tell you. Look at what she is saying. The people who think this is most abhorrent are “self-aware disabled people.” The closest analogue we have to Tom or Ashley specifically are “self-aware disabled people.” WTF? We cannot ask Tom or Ashley or Pearlsky if it is ok to surgically and or chemically change / alter / mutilate them, but we can talk to some severely disabled people who can communicate, people as close to Tom or Ashley or Pearlsky as we can get, those who do have communication, and you know what, they react “most harshly” to this procedure, according to this mother. So what does she do? She does it to her son anyway. What I am missing here folks?

I wrote this about three years ago, it refers to “The Other” and how I believe it applies to growth attenuation and more. It is even more disturbing in this case.

Now for the biggest surprise. I do believe there is a place for some surgical or chemical intervention for some of this in our lives and in our community. I will save that for the mainstream article I write.

That is, if they still want my opinion after seeing this post …

Yes, trust me, I have lots to post about. Just can't at the moment, so seeing that it is IEP…

"I am prepared to meet my Maker. Whether my Maker is prepared for the great ordeal of meeting me is another matter." ~Winston Churchill

Ever have to go somewhere and you did not want to go for fear of running into someone? You thought…

He's the one on the left. And some unnamed pony girl.