Jeeze … I have an awful few days, try to get a post up and don’t do due diligence in giving you full information, and wow, you pile on. So, here is the original post followed by the update forced by your comments.   😉

You know it was a bad weekend when …

… you wake up Monday morning and ringing in your head is Harry Chapin’s Cat’s in the Cradle. Talk about depressing songs …

There is something wrong with Pearlsky and I have no idea what it is. So much so to the point that I don’t even know what kind of doctor to take her to. She obviously does not feel well, something is bothering her, and we have no clue. I’ve tried everything I have learned over the years to diagnose … to no avail. And wishing I wouldn’t wake up Monday morning didn’t work, either.

I never got an answer to all the direct, specific questions I repeatedly asked the school district. Now there is a new Special Education Coordinator in the high school who really seems fantastic. She has her own child with “needs” which helps in the empathy department. I have high hopes that things will be different. I have decided that the new tact I am taking is asking direct questions, in writing, when Pearlsky or I get crap from nursing or the therapists. It has already started again with nursing, but that’s another post. The idea is to call these people on their violations of the IEP or whatever, in writing, with others cc’d in an attempt to get them to take ownership or responsibility for whatever decision they make.

In the spirit of question avoidance this summer, I made a poster for the new Special Education Coordinator, framed it, and will offer it to her for her office. Something tells me it may end up in a drawer. 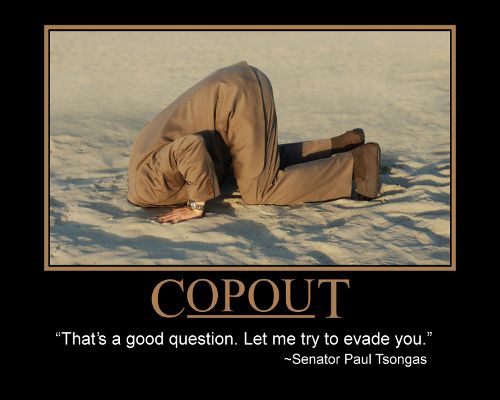 Okay, let’s take the issues one at a time. I hope Beruriah, Becca, Sarah and Barbara are reading!

Pearlsky has not been feeling well for about six weeks. We have had four (yes FOUR) urinary catheters and a couple of urinary infections and multiple rounds of antibiotic ending with a run of Cipro. I promised her a break on the catheters! The last few days she has been in pain on and off. When she is not in pain / discomfort, she is in a fine mood and is “normal.” This leads me to believe it is an intermittent physical issue. When she is having an “episode,” it is extremely difficult to distract her. It is probably not neurological, I can always see her seizures in her eyes, and this is not a seizure for that and other reasons.

I have checked her ears with an otoscope, and yes, I know how to use it. I’ve also checked a bit of her nasal passages and her throat. I have used a plastic version of a dental pick to try to see if there was tooth or gum pain, she seemed to enjoy it, actually. I ran my finger along her gums and inside her mouth, no issues. I listened to her heart, lung, and bowel sounds with a stethoscope, an old one from my paramedic days, but the basic design really hasn’t changed since the 1800’s. I moved her all joints through full motion to see if any caused pain or discomfort. I have looked for a difference with position, sitting, lying on either side, stomach or back, fetal position or straight. No differences. I palpated her belly, I am not all that good at what I am feeling, but I can pinpoint her liver, stomach, and bowel. Nothing unusual, nor did anything cause pain or discomfort. I had an ex-nanny (who was a nurse many years ago) check out “those” parts and she said all looked normal. And yes, she has been pooping, peeing and menstruating as normal.

We have increased Pearlsky’s liquid intake as we can, but otherwise her diet has not changed.

I have double checked all her medicines. I transfer some of them from the large bottles they come in (from the drug manufacturer) to smaller drug store type bottles so they are easier for us to dispense. I checked each one, returned it to the larger bottle and made sure to shake it well, and then did a careful refill. I double checked the couple of medicines that I myself compound. Only four people are known in the U.S. to have the same amino acid deficiency, and unfortunately, at this point I am the expert on such things, but I have double checked its dosing.

Full blood work about six weeks ago came back normal, although that is no indication about her current condition. We can’t do any type of urine catch at home since it will not qualify as sterile by the hospital’s standards.

My best guess is that her urinary reflux has potentially returned and she can be having an infection bounce between her bladder and kidneys, an issue she had when younger. I put a call into the urology nurses asking them to schedule a nuclear scan to check for vesicoureteral reflux.

So that’s what I meant when, in the original post this morning, I wrote “I’ve tried everything I have learned over the years to diagnose … to no avail.”

As for the poster thing … in her week or two at the job, the new Special Education Coordinator has seen that the issue of getting direct questions answered is, at best, difficult. For reasons I won’t go into, I think she will really appreciate the poster and I doubt she will display it in her office, although I hope she does. She will definitely get a chuckle from it. I agree with Barbara in that sharing said poster, or the others I just fantasize making, could be counter productive in some instances, but this particular case I think is okay.

As for the very well educated and articulate Beruriah’s comment that she did not read the word properly at first, I take that to heart and here is the new poster: 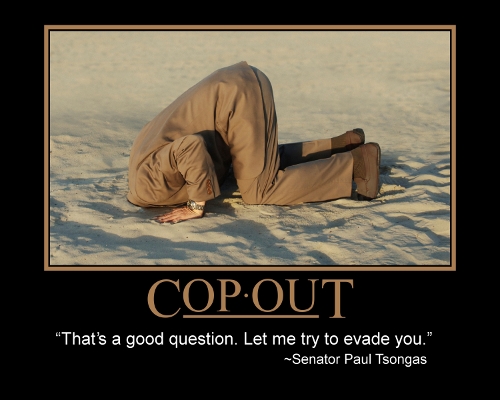 PLEASE KEEP COMMENTING and keeping me on my toes. And making suggestions. Lord knows I can’t get through this on my own …

We get to the GI department to see the same doctor we have seen for a dozen years. This is…

This gotta be a dream

Sometimes I don't believe my life either. Pearlsky's school aide calls around 11 this morning. I just want you to…

I ain't no carny

No, I'm not a carny, but yep, I'm going to hell. We went to the neurologist today. A really good…