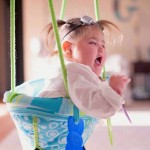 When we hear of a death, we try to affirm that the holy One, blessed be He, knows what He is doing. Hence we say “Blessed is the True Judge.” Being the heathen I am, I say it anyway. Even though He may be a She, and either way, S/He may not know what He
Read More

Nothing like an emergency run to the Big City Children’s Hospital emergency room. I am sitting having coffee out with my BFF and the nanny calls. One of Pearlsky’s best. I can’t get Pearlsky to stop crying. I gave her Advil and then she needed some Valium. There is something very wrong. I saw her
Read More 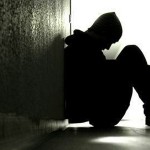 My surrogate son … I am a Special Education Advocate. Not sure why that is all capitalized, but it makes me look better. I have been doing this for a while. I enjoy it, and if I may say so myself, I am pretty good at it. Just look at the real testimonials on my
Read More 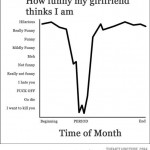 The appointment with the gynecologist went well, she did not feel there was a reason for a physical exam. I put my pants back on. Pearlsky had close to a dozen years of pretty much spot on exactly 28-day cycles and four day periods. Then a few months ago that went out the window, hence the
Read More
Email sent today to gynecologist … I have known her since before Pearlsky was in utero … Pearlsky saw her once three years ago or so, no physical exam at that point … going in three days. I was thinking about our appointment this Friday and cannot remember exactly the timing of the last appointment.
Read More
Let’s face it, transitions suck. And I thought we were done. I guess there is a reason they call it “Children’s” hospital. Yes, we are aged out. Well, kind of. Pearlsky’s doctors are letting us know that the time has come to transition (there’s that word again) to the adult medical care in the area.
Read More
By now, EVERYONE has seen my interview. Well, not everyone, but we will get to that in a bit. I do need to make some corrections, apologies and acknowledgements. I talk about Elise, how we dated for “five or six years … I should have married her.” Well, as Elise so gently pointed out to
Read More
(Feel free just to skip to the third and final video of my interview at the end of this post.) Within two or three months of Pearlsky’s birth we were clearly told that marriages with kids like her just don’t stay together. Many people told us this, the pediatrician, other doctors, even clergy and friends.
Read More

We are both back. Scary, no?

By now, EVERYONE has seen my interview. Well, not everyone, but we will get to that in a bit. I…

Eyeglasses may assist in near vision, but not necessary.

We have the perfect storm of several facts. I am a firm believer one must own up to one's words.…

Fear of the night seems to be ingrained in us humans. The dark, the unknown. But for those of us…